A Brand Focused Fit Out for a Brand New Store

Crew Clothing opened their new store at Spalding, after a complete fit out, creating a brand new look for their brand-focused store.

Before the fit out could commence, some demolition work began. We removed all the previous tenant’s perimeter panelling and pelmet joinery back to the wall. Then, dismantling the existing fitting rooms and rear wall of stockroom, we prepared the wall ends ready for construction.

We built a new raised plinth within the diagonal window bed up to the underside of window sill, and installed window hinging grids with fabricated brackets.

At the shopfront, the internal and external window and door frames were cleaned up, primed and re-painted.

The cash desk was re-modelled with a new surface and facing panels. We also supplied and installed doors, end panels, a kick board and surface for the back unit. 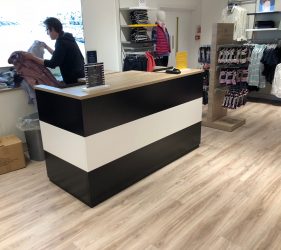 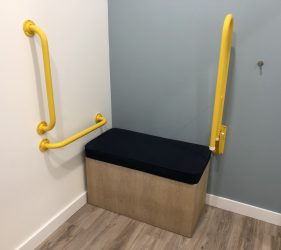 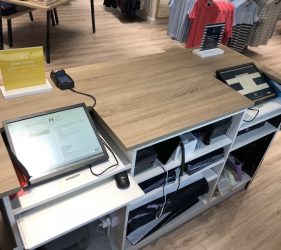 At the BOH, we decorated the WC facilities and stockroom, adding racking installations and hanging rails.

Crew were ready to open, welcoming new customers to a brand new store.